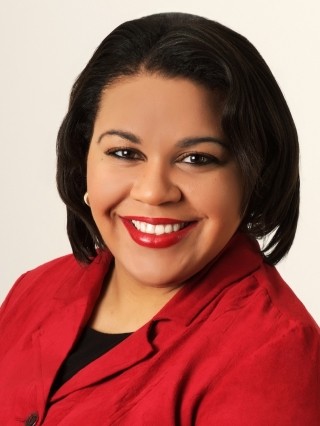 Sharisse Thompson is a television news reporter at WEYI NBC 25 & WSMH FOX 66 in Flint, Michigan. With several years of experience dedicated to news, Sharisse has a passion for telling stories of significant impact that informs local viewers as to what is happening in and around their communities.

As a reporter in Flint, Sharisse has covered the Flint Water Crisis extensively – interviewing top government officials and asking the tough questions to those in power holding them accountable for their actions. Her stories along with her news team of how Flint residents are being impacted by this ongoing disaster helped her station earn the prestigious Edward R. Murrow award for its continuing coverage of the Flint Water Crisis.

Before moving to Flint, Sharisse decided to put the microphone down and move closer to home to be in the big city. She landed a job at Detroit’s WJBK FOX 2 where she spent two years behind the scenes writing for the station’s morning and evening newscasts.

Before her arrival in Detroit, Sharisse sought warmer temperatures in Savannah, Georgia where she worked as a reporter shooting her own material, editing and reporting for WTOC-TV.

It was in the beautiful mountains of Bluefield, West Virginia, however, where Sharisse got her start in broadcast news. During her time reporting and anchoring at WVVA, Sharisse covered several big stories including the death of West Virginia’s longest serving Senator, the shooting deaths of two Virginia State troopers, and the Upper Big Branch mine explosion that killed 29 miners underground, the country’s worst mine disaster in decades.

Sharisse is always eager to step up to cover the big story of the day, and enjoys meeting new people.
​
Sharisse is a graduate of Michigan State University (Go Spartans!) where she earned a degree in Journalism and spent three weeks studying abroad in New Zealand.