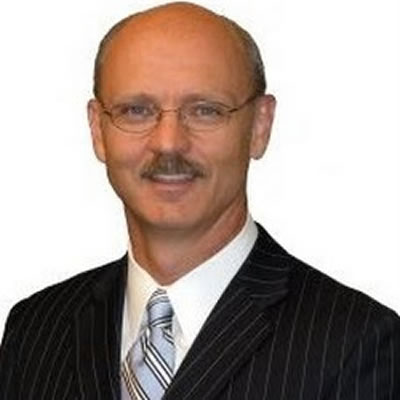 He joined the station in March of 1993, after driving a U-Haul through the remnants of the “Storm of the Century.” That should have been a sign he would end up spending most of his time talking about weather.

Spencer graduated from Oakland University which is located north of Detroit and is nowhere near Oakland, California. His original plan was to work in some kind of sports casting, but he found a level of success writing, covering and anchoring news stories.

His first TV job was in 1989 at WBKB TV in Alpena, Michigan which was the smallest TV market (and station) in the nation at the time. Spencer did the entire load of news, weather and sports for the weekend newscasts, his first exposure to weathercasting. After that, Spencer would venture to Clarksburg, WV also in 1989, where he became the 11p.m. co-anchor and producer. Spencer filled in for the late, great Mike Simons on weather. His next stop was also in West Virginia at WYVN TV in 1991, in the beautiful Eastern Panhandle where he also produced and co-anchored the 11p.m. news. Yes, he also filled in on weather when needed. In 1992, Spencer took a position as weekend weather anchor and weekday news reporter at WHOI TV in Peoria, Illinois. Six months later, West Virginia would come calling again.

Spencer arrived at WOWK first as a Charleston night side reporter. A few months later, he was tapped to be the morning weather anchor alongside morning anchor Samantha Kozsey. A year later, Spencer convinced the bosses to let him create his own segment on the evening news called “Spencer’s Neighborhood Spotlight,” which was pretty much Spencer rolling around the area showcasing anything and everything people like to do for fun. Two years later, Spencer was asked to take over for departing Chief Meteorologist Dave Parker. Spencer accepted, went back to school for meteorology, trained on the job, busted a few forecasts, learned a whole lot, and eventually earned the prestigious Seal of Approval from the American Meteorological Society and the National Weather Association. In recent years, Spencer elevated his credentials by becoming a Certified Broadcast Meteorologist via the American Meteorological Society.

When he’s not talking about, thinking about or messing around with something that has to do with weather, Spencer is most likely spending time with his family or is out running or in the gym lifting weights. He is still a huge NASCAR fan, has been a local track stock car race announcer, still dabbles in covering college and high school football and loves all of the local college teams from Marshall to WVU, UK to Ohio University and even Ohio State when they aren’t playing Michigan. He got hooked on thriller novels thanks to reading author Brad Thor and loves any new tech or computer gadget.

Over the years he has been an avid supporter of the Marine Corps Toys for Tots drive in the area. Spencer grew up in Michigan where he met his wife, but they eventually landed in Huntington, West Virginia, which was the home of his grandparents.

He currently lives in Cabell County with his wife, four boys and two girl dogs where they all lead a very busy life. Spencer says he has been very lucky to work with several other outstanding meteorologists in his department over the years. Together they have won numerous awards for Best Weathercast or Best Weather Operation from various groups. However, Spencer says the best “award” he can receive is when someone says, “You got it right today!”