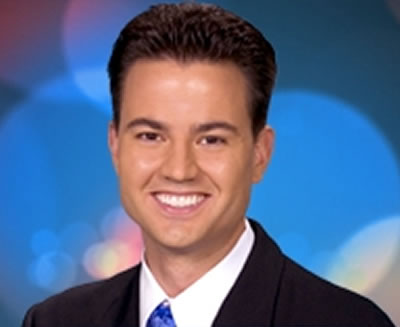 Emmy Award winning Meteorologist Trent Aric joined the Local 10 Weather Team in June 2004 and has been serving as Chief Meteorologist since November 2007.

Trent, who is originally from Mooresville, Ind., says he’s a Hoosier at heart. After receiving a B.A. in Communication Studies and a Certificate in Journalism from Indiana University-Purdue University Indianapolis, Trent headed south to Mississippi State University where he earned a Master’s Degree in Geosciences with an emphasis in Broadcast Meteorology.

Trent was awarded the Seal of Approval of the American Meteorological Society in 2004 and was upgraded to the highest level of recognition, the CBM (Certified Broadcast Meteorologist), in 2010.

Trent began his broadcast career at WRBL in Columbus, Ga. where he was morning and noon meteorologist. While in Columbus, Trent was involved in several charity and community organizations including Juvenile Diabetes Research and the American Cancer Society’s “Relay For Life.” He also served as emcee of the Big Brothers Big Sisters “Bowl For Kids Sake” and hosted an “Our House” benefit concert on Valentine’s Day.

Upon arriving in South Florida in 2004, Trent was quickly introduced to the tropics and within his first two years of working at Local 10 covered two of the most active hurricane seasons ever in the Atlantic Basin. So far at WPLG, he has tracked 130 named storms including Charley, Katrina and Wilma.

Trent was also awarded an Emmy for the primetime special “Hurricane Season 2009: Get Ready” and again in December 2008 for “Goin’ Green,” an Earth Day special that highlighted the affects of Global Warming could have on South Florida. “Goin’ Green” also detailed practical solutions people can use in their daily lives to help reduce their carbon footprint.

Trent continues his environmental work in South Florida by volunteering his time with the organization Dream In Green.

Trent loves music. During college he performed at the Nashville Follies Musical Theatre in Nashville, Ind. for five years. He even got a taste of Hollywood when he filmed several scenes of the Paramount Pictures release “The Fighting Temptations” as an extra in both Columbus, Ohio and Atlanta, Ga.

Spending his whole life fishing freshwater Trent is quickly learning the ropes of saltwater fishing in South Florida. He loves to head out fishing for sailfish and dolphin.