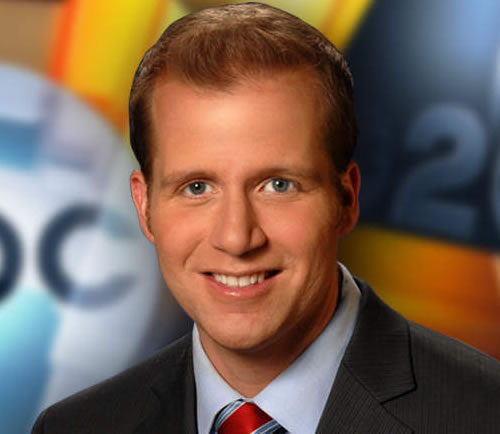 It’s great to be working as a meteorologist back in Maryland! I grew up just outside of Ocean City, but my grandfather lived in the Inner Harbor ever since returning from WWII – so I’ve spent quite a bit of time in Baltimore through the years.

My career in broadcasting has taken to me many places across the United States. One early stop was in Tornado Alley – at KCEN-TV in Central Texas.

I certainly saw some “Texas-sized” severe weather during my time there, but the most dangerous storms I ever covered were actually at WTVA-TV and WCBI-TV in Mississippi.

This region is so known for its large and powerful tornadoes that it has earned a dubious title of its own; “Dixie Alley” – and working in it certainly gave me a new respect of the power of Mother Nature.

After several years in the heat of south it was time for a major shift in geography, so it was on to WJBK-TV in Detroit.

As you can imagine, in Michigan the focus of the forecast shifts dramatically, and often to the fierce snowstorms the Great Lakes are so famous for.

It was in Detroit that I was honored to receive several broadcast awards, including an Emmy.

Before entering the world of television, I served as a navigator in the United States Coast Guard – earning the Humanitarian Service Medal and Special Operations Ribbon for missions off the coasts of Haiti and Cuba.

At one point I even spent time on duty here in Maryland, at the Curtis Bay shipyards. After the military I attended Salisbury University, earning my Bachelor’s Degree in Geography/Atmospheric Science.

I went on to earn my Master of Science degree in Geosciences at Mississippi State University, and was awarded the American Meteorological Society’s Seal of Approval less than a year after graduating.

When I’m not putting a forecast together or tracking the next storm bearing down on the Chesapeake, I enjoy speaking to various groups, working out, and spending time on the water.

I also try to eat as many steamed crabs as possible, with plenty of extra Old Bay!