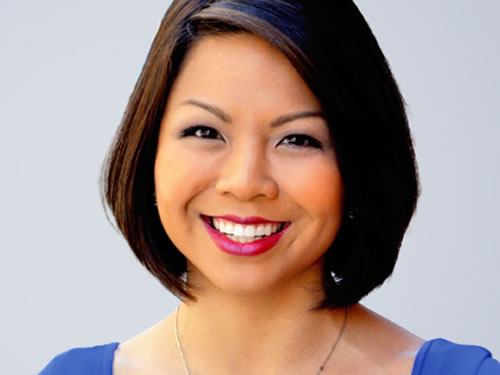 You can find her bright and early bringing you the top national and international stories in “Your World” on Eyewitness News This Morning. On CBS 5 Eye Witness News at Noon, Cate is back out in the field tackling the latest stories in the Bay Area.

She joins CBS 5 from Medford, Oregon where she was morning anchor, producer and multimedia journalist for KTVL News 10. In the news trenches of Southern Oregon, Cate did it all – write, shoot and edit.

Cate graduated from the University of Southern California with her B.A. in Broadcast Journalism and International Relations, with a focus in foreign policy analysis and culture, gender and global civil society in 2008. She returned to her alma mater to get her master’s degree in Communication Management from the USC Annenberg School of Communication and Journalism in 2010.

She is what they call a “third culture kid.” She is Filipina and a military brat who grew up on U.S. military bases overseas in Japan. When she’s not in the newsroom, she is out and about exploring the food, culture, music and outdoors of the Bay Area with her pup, Cooper.