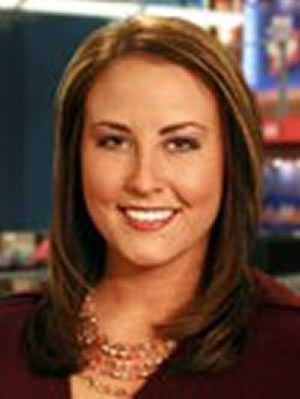 Erin Maloney is a general assignment reporter based out of Bay News 9’s Hillsborough County newsroom.

It’s a homecoming for Erin. She’s originally from Lutz and graduated from Gaither High School in Tampa.

Erin left Tampa for George Washington University in Washington, D.C. where she earned a degree in journalism and learned the ins and outs of television news. While there, Erin interned for several local news stations and even took a semester off to work for her favorite television show, Late Night with Conan O’Brien.

She took her first job in the Midwest and spent three years at WCIA-TV in the Springfield and Champaign newsrooms. After that, Erin was an anchor and reporter for WINK-TV in Fort Myers, FL.
Now that Erin is finally back home, she spends most of her time catching up with old friends, and hanging with her mom and “little” brother, who plays basketball for Hillsborough Community College. You can catch Erin’s reports weekdays on Bay News 9.