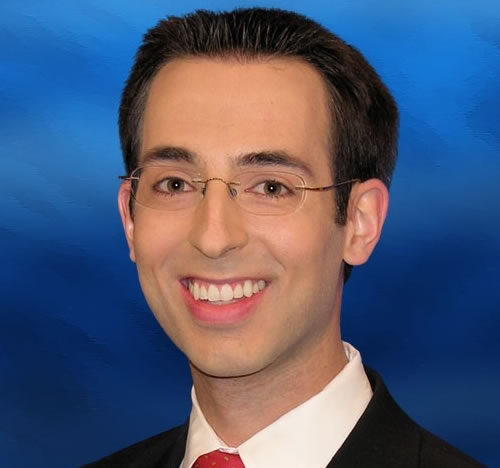 Nicholas Ferreri is the First News Weekend meteorologist. Plan to wake up weekend mornings with his forecast! This assignment marks a welcome return to Indiana for him. Nicholas is a graduate of Ball State University. That’s where he got his start forecasting and delivering weathercasts – first on the campus newscast and then on WIPB (PBS) in Muncie.

After receiving his degree in Telecommunications with minors in Operational Meteorology/Climatology and Spanish, Nicholas continued his meteorology studies on the campus of Mississippi State University. While earning his Master’s degree in Geosciences-Broadcast Meteorology, Nicholas took a turn behind the camera directing the broadcast meteorology program’s weather broadcasts and assisted in training students in delivering on-air forecasts.

Prior to joining NewsChannel 15, Nicholas also worked as a meteorologist at WILX-WSYM TV in Lansing, Michigan.

Nicholas is a member of the American Meteorological Society and the National Weather Association. He participates in community service projects through his membership in Kiwanis International, an organization with which he’s been involved since high school.