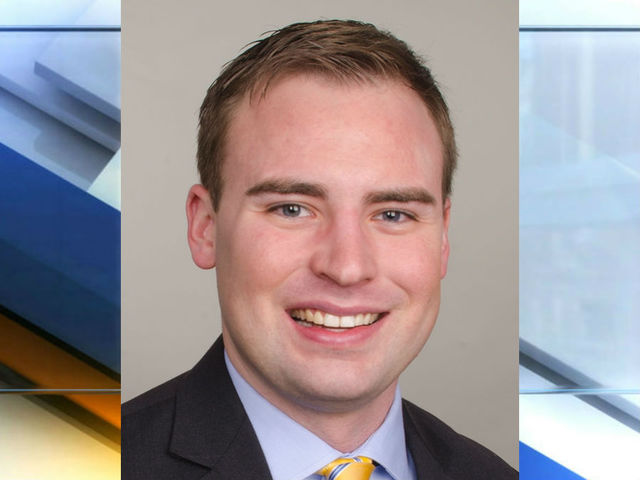 Paris fell in love with journalism in the second grade when he reported and anchored for KidWitness News, a monthly television news show at Pierce Elementary School in Birmingham, Michigan. His tenacity became apparent, even at the young age of 7, as he successfully managed to solicit interviews from leaders in the community, including Lieutenant Governor of Michigan, Dick Posthumus and president of Detroit-based Compuware, Peter Karmanos. His passion for reporting continued into middle school and high school, where he reported and anchored for their closed circuit and local cable access news shows.

Paris grew up in the suburbs of Detroit, the son of entrepreneurs. A natural born leader, he started his first business at age 12. Paris takes charge and motivates people to work together, evidenced in his history of high-responsibility management jobs at a young age.

In the summer of 2010, he took his career a step further. Dissatisfied with the mainstream media’s coverage of young adult issues, Paris and a colleague from Columbia College co-founded an innovative online television news station, WCHI News, a news source for young adults, by young adults. Beginning with a core team of Columbia students, Paris built WCHI and his reputation by seeking out qualified journalism students hungry for experience and gave them ample opportunities to hone their craft. Implementing social media and seeking out news angles relative to their followers, WCHI received accolades for providing information and resources in a style fitted to the tech-savvy, young adult market. Within a year, the company was bought out by Chicago-based investors, and has ventured into social media, marketing and production. A dedicated journalist, Paris was hired to serve as WCHI’s Senior Reporter, covering topics throughout the City of Chicago. His experience at WCHI garnered Paris an impressive network of resources throughout Chicago and across the county.

In the fall of 2011, Paris gained further experience in broadcasting when he landed a highly coveted internship at Chicago superstation WGN-TV to produce the weekly Chicago’s Very Own enterprise segment with Micah Materre. Paris was often sent out as a field producer for breaking news and other general assignment stories as well as working the assignment desk and in the newsroom. From the beginning at WGN-TV, he was trusted to work by himself on very high-profile stories, something that no other intern had even been permitted to do. On his fourth day, Paris was sent to interview Will County State’s Attorney James Glasgow about the Drew Peterson trial, an interview that every other station had assigned a seasoned reporter.

In 2012, while continuing his education and managing WCHI, Paris joined Captured News, the leader in breaking news coverage in Chicago and around the Midwest. He works as a multimedia journalist: shooting, reporting, editing and gathering information for local, national and international television, radio and other multimedia outlets. For the past year, Paris has put his life on the line to bring viewers true and detailed stories. Deadline-driven and dependable, Paris is often the first reporter on scene and it is not unusual to find him editing and uploading video footage at all hours of the day and night in order to get coverage in for the next news cycle. Regarded as an inside source, he often fields inquiries from local news stations and public safety officials.

In 2013, Paris began a new chapter of his career and packed his things and moved to Lexington, Kentucky to join the team at ABC 36 News. Paris became a valuable resource and always went the extra mile to make sure the story was covered from all angles. Paris was able to jump right in and become a Kentuckian, quickly gaining trust with sources and becoming an essential part of the team.

Developing sources and networking are his forte. He is affable with the gift of developing an immediate sense of trust with everyone he encounters. He believes that every person has a story to tell. Building relationships is key to his success in getting the real story. Paris stays true to his favorite mantra, “Always follow your dream.” He believes in fervently working towards goals, while remembering to enjoy the journey. Driven by a challenge, he is persistent and resolute. Paris has been invited to speak on panels at events geared towards students and young adults, where he continues to carry the message of achieving success.