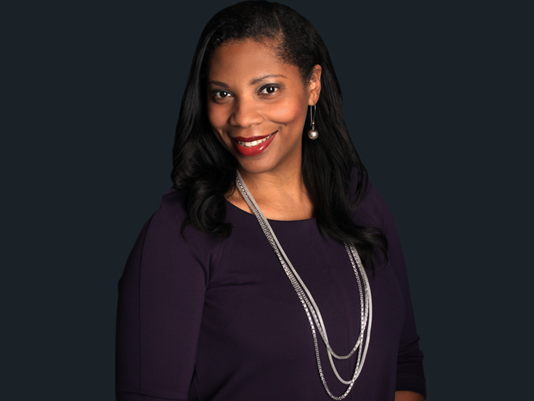 Ty Chandler joined NBC Charlotte in November 2015. A New Yorker with strong Southern roots, the move to the Queen City brings Ty close to her large family in Cheraw, SC.

Ty comes to Charlotte from Sacramento where she was a reporter at ABC 10. She is an Emmy award winning journalist with a career that spans nearly 15 years.

She got her calling at a young age when a fourth grade current events project forced her to watch the evening news. Her passion for storytelling led her to New York University, where she majored in broadcast journalism. Her first job out of college was an overnight tape producer at CNBC. Ty took advantage of the opportunity, by honing her writing skills and leaning on the veteran correspondents for advice.

She left after a year, packed up her car, filled her trunk with resume tapes and traveled around the country to local TV stations. Ty hand-delivered her tape to any news director that would see her. It wasn’t long before she got her break at KTXS-TV in Abilene, TX.

Since then Ty has reported and anchored the news at WROC/WUHF in Rochester, NY, KCTV in Kansas City, WTXF Philadelphia and NY1 and News 12 Long Island in New York. She has also worked on the national level as a correspondent for CBS Newspath.

Not to let the demands of a reporting career slow her down, Ty earned a Master’s Degree from Rutgers University, maintaining a full-time course load along with a full-time job. She studied Global Affairs, with a focus on Terrorism and Global Security. In addition to a New York Emmy, Ty’s work has been honored with the prestigious Edward R. Murrow Award and several New York State Broadcasters Awards.

Ty is excited to about this new chapter in Charlotte. When not covering the big story of the day, Ty enjoys dancing, running, watching movies and spending time with family. Ty is also a member of Alpha Kappa Alpha Sorority Incorporated and the National Association of Black Journalists.