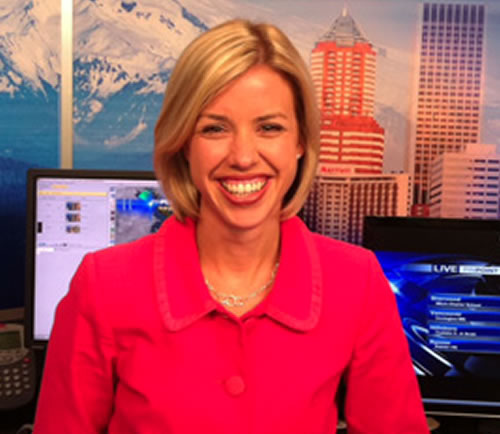 It might sound weird, but Sally Showman loves the rain. She loves the sound of it, the smell of it and the comfort of a cozy, rainy day. Maybe it’s because she’s a native northwesterner. Sally grew up in Seattle but comes to Portland from Spokane, Wash. — where she was a weekend weather anchor at the ABC station. Her first television job was in Idaho Falls.

Curious by nature, Sally is fascinated by both the weather and the world around her. She’s an Emmy award winning journalist, with a passion for telling stories.

ally graduated from Santa Clara University with a degree in journalism. Four years wasn’t enough for her, so in 2012 she completed Mississippi State’s Meteorology Certificate program.

Outside of work, Sally loves to be outside. She loves to run, hike and ski. She’s finished several half marathons and plans to run her first full marathon this fall right here in Portland.

You can catch Sally on KOIN weekday mornings. She also reports for various newscasts during the week.