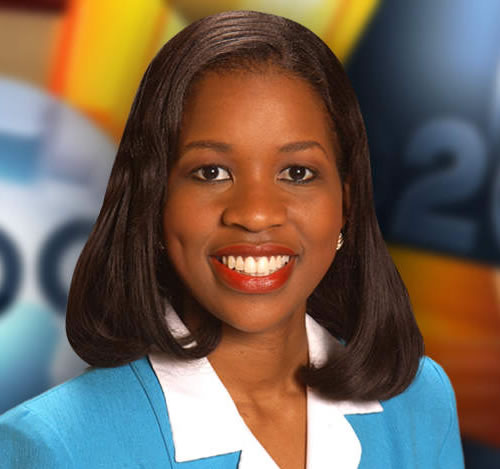 Sherrie Johnson is a Morning Reporter and fill-in Anchor at WMAR-TV in Baltimore, Maryland. You can catch her live reports weekdays from 4:30 a.m. – 7 a.m. on Good Morning Maryland. After more than nine years, she still loves the city of Baltimore. There are so many things to do and she’s always learning something different about the city.

Sherrie has worked in five television markets as an Reporter/Anchor. Her work in television news has taken her from her home state of North Carolina, where she started in little Washington and then on to Asheville before heading to Wilkes Barre, Pennsylvania. She did some freelancing in Washington, D.C. at Fox 5 and Fox News Channel and ended up in Baltimore.

Sherrie enjoys meeting new people and telling good stories both out in the field and on the anchor desk. She won her first Emmy eight years ago and looks forward to winning many more.
Sherrie is a member of Delta Sigma Theta Sorority, Incorporated. She also volunteers with Project Literacy. Currently, she has an education segment called “Making a Difference.” Each week she focuses on schools and students “Making a Difference” in Education. She is always looking for wonderful stories to tell in the schools in the surrounding Baltimore area. You can catch the segments on Mondays and Wednesdays at 5pm.