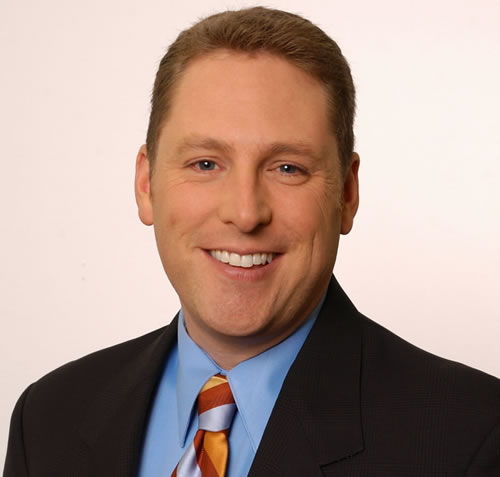 To call me a news junkie would not be an understatement. I love the news. Every day begins with the newspaper, several online news sites, and one of several national news shows playing on the TV. This should not come as a surprise. As I child I loved to watch the news and then tell everyone what was going on.

I have been with KVUE since 2005 anchoring the 5, 6, and 10pm news Monday through Friday. I’ve covered everything from hurricanes, to the Longhorns National Championship at the Rose Bowl, to the death of Lady Bird Johnson.

I feel lucky to be part of one of the best news operations in the country. Our awards have included Edward R. Murrow Awards, a Southwest Emmy Award, and I have been honored as Best News Anchor by Texas Associated Press.

Prior to KVUE I was a freelance anchor/reporter at WSB, the ABC affiliate in Atlanta, Georgia. My first job out of college was at KJCT, the ABC affiliate in Grand Junction Colorado, where I anchored, reported, produced and even did the weather. From there I went to KFOX in El Paso as the primary anchor. Then it was on to KSAZ, the Fox affiliate in Phoenix, where I was the weekend anchor and reporter.

I grew up in Atlanta, GA and received a Bachelor of Arts Degree in Mass Communications from the State University of West Georgia. I’ve been lucky to travel to 49 of the 50 states and numerous foreign countries, but I love Austin. It is one of the real gems in the United States. I enjoy living in the vibrant downtown area, getting to the lakes on the weekend, eating Texas Bar-B-Q, and spending time with my family and friends.